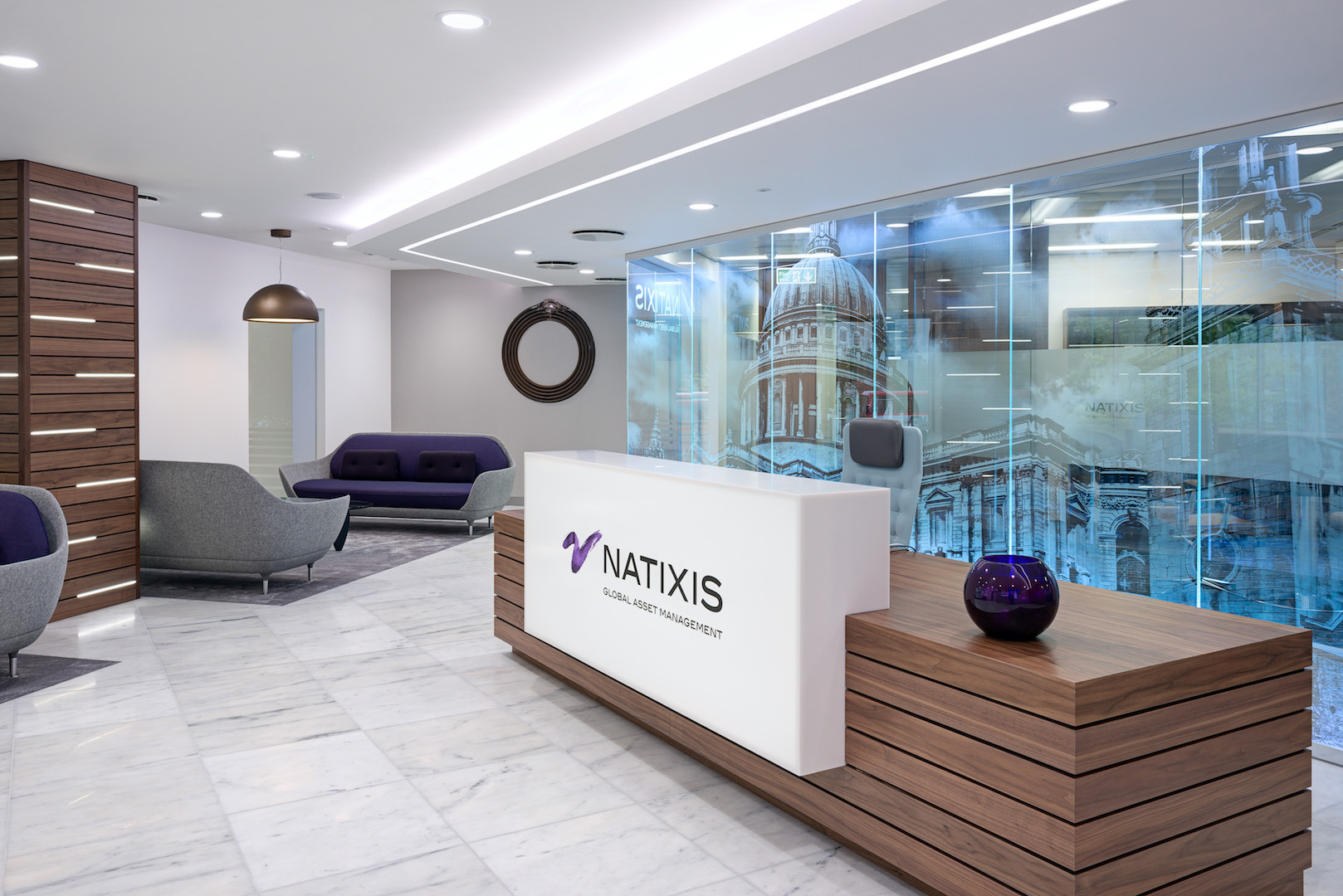 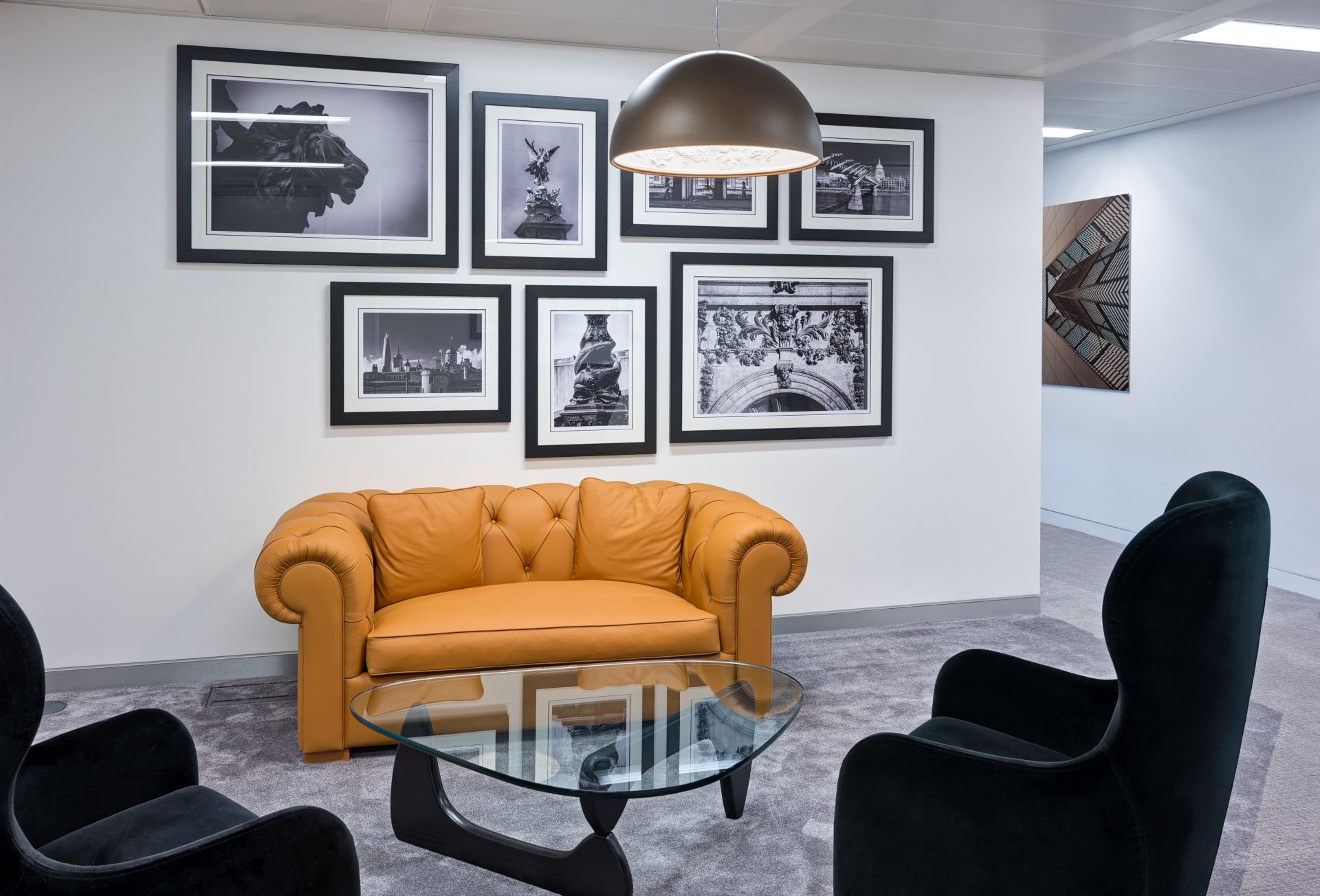 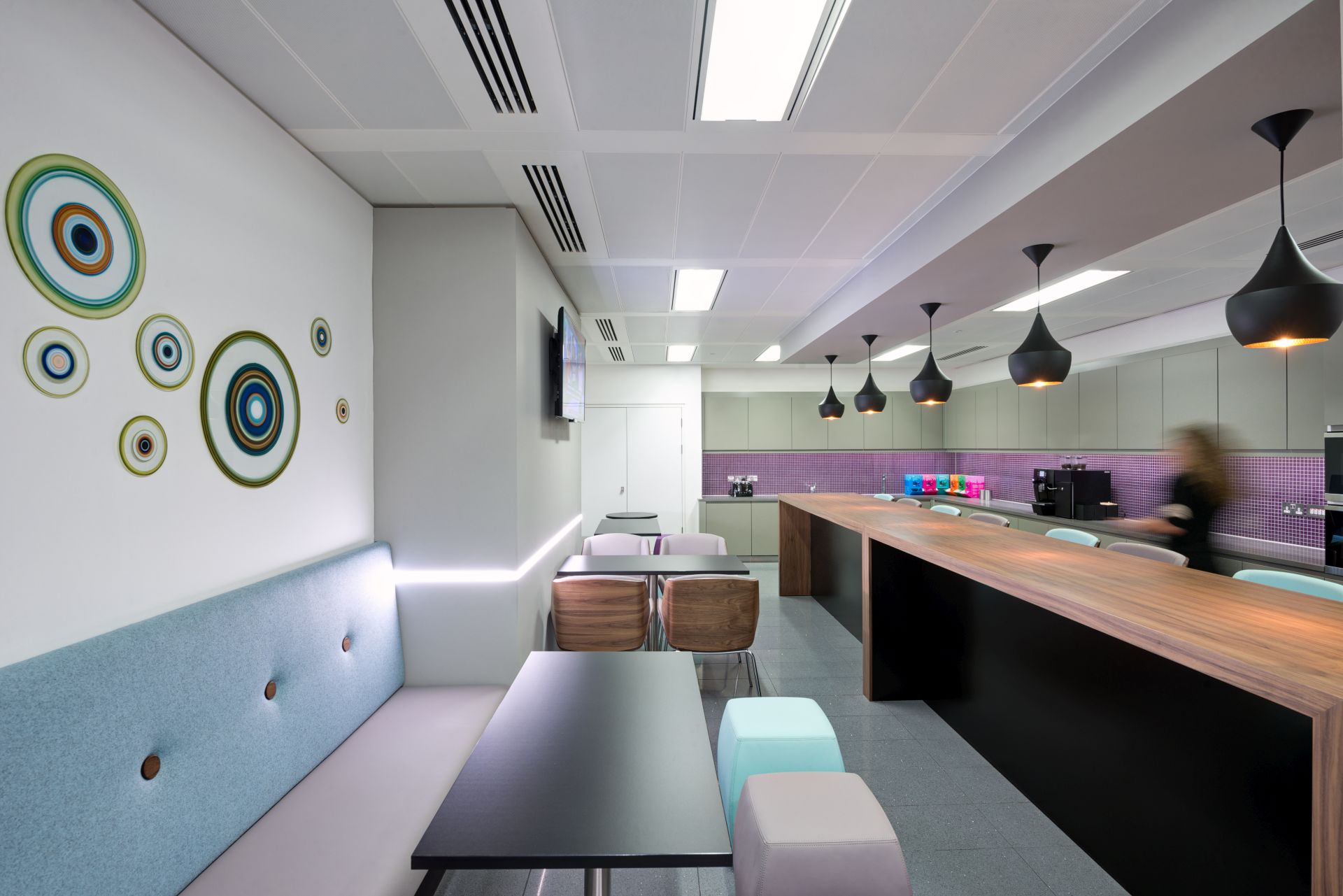 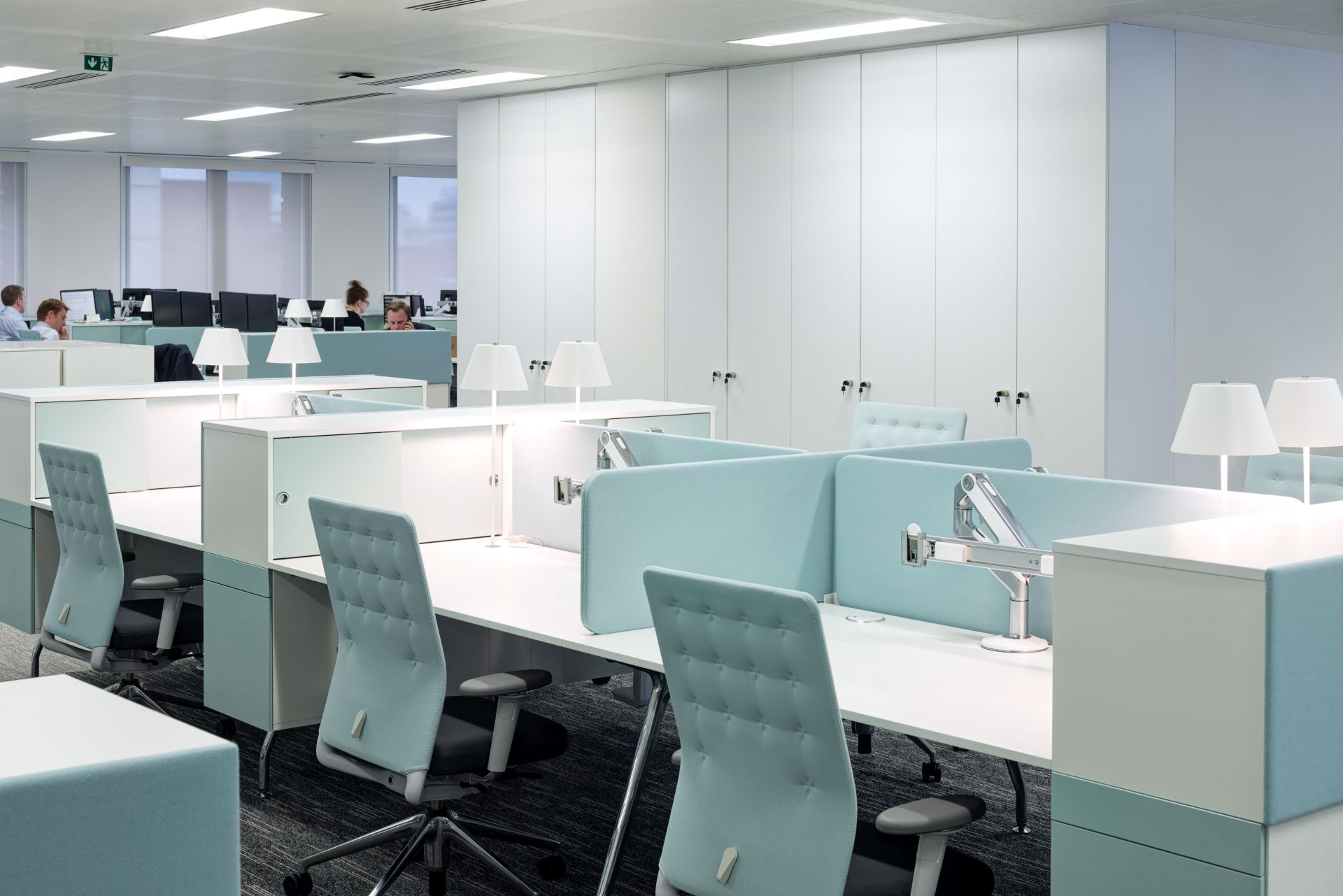 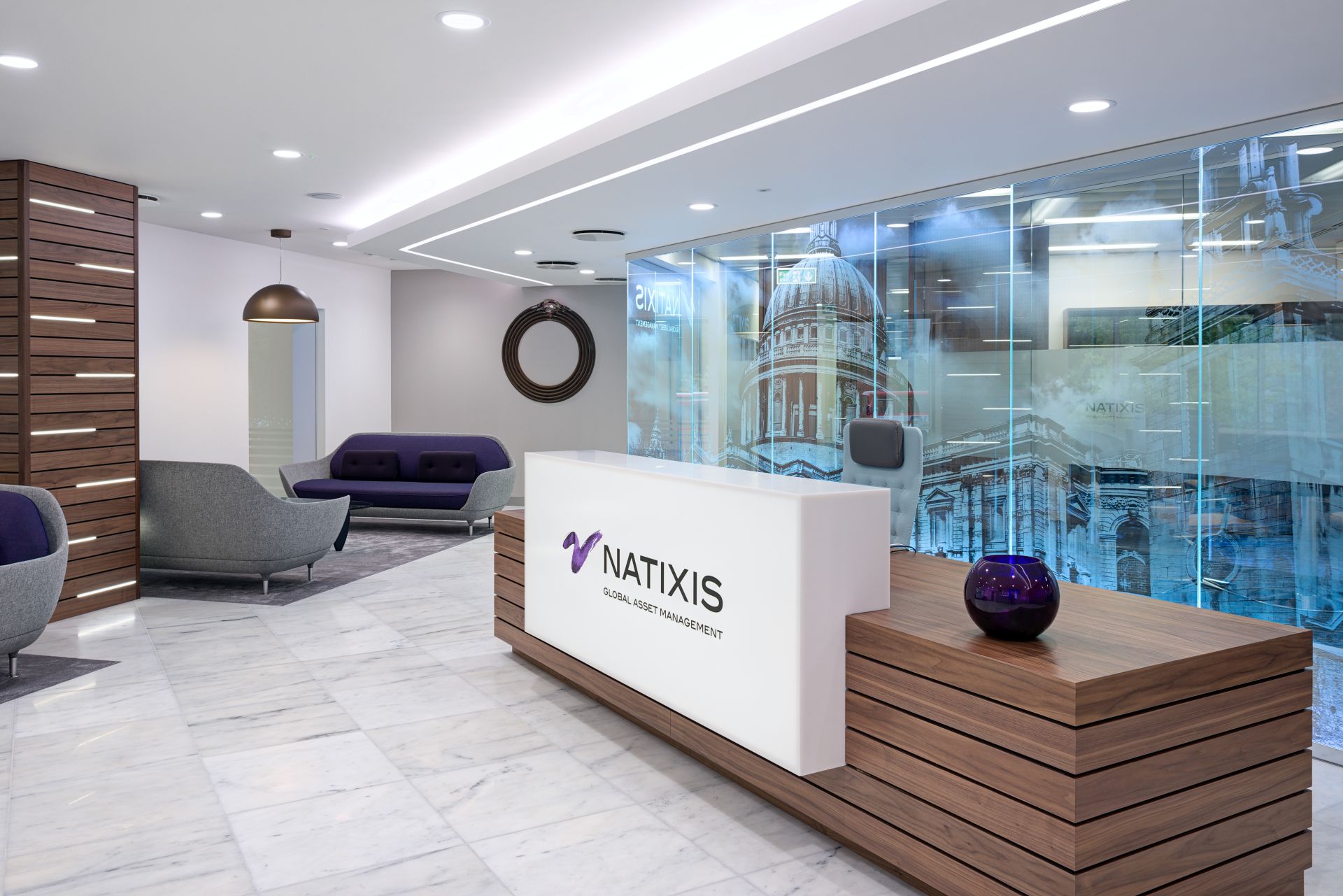 The 15,000 sq ft of office space at 1 Carter Lane is directly opposite St Paul’s Cathedral and was acquired by David Alcock of Newton Perkins. For its first UK stand-alone office, NGAM wanted a very strong design statement.

Our Designer took inspiration from the office’s proximity to St Paul’s, as the cathedral is reflected in the glass façade of 1 Carter Lane. The design concept was to recreate that reflection in the new reception. A photograph of St Paul’s was laser-etched onto a large sheet of glass and the subtle image is impressively lit from above and below by LED lights to create a dramatic back drop.