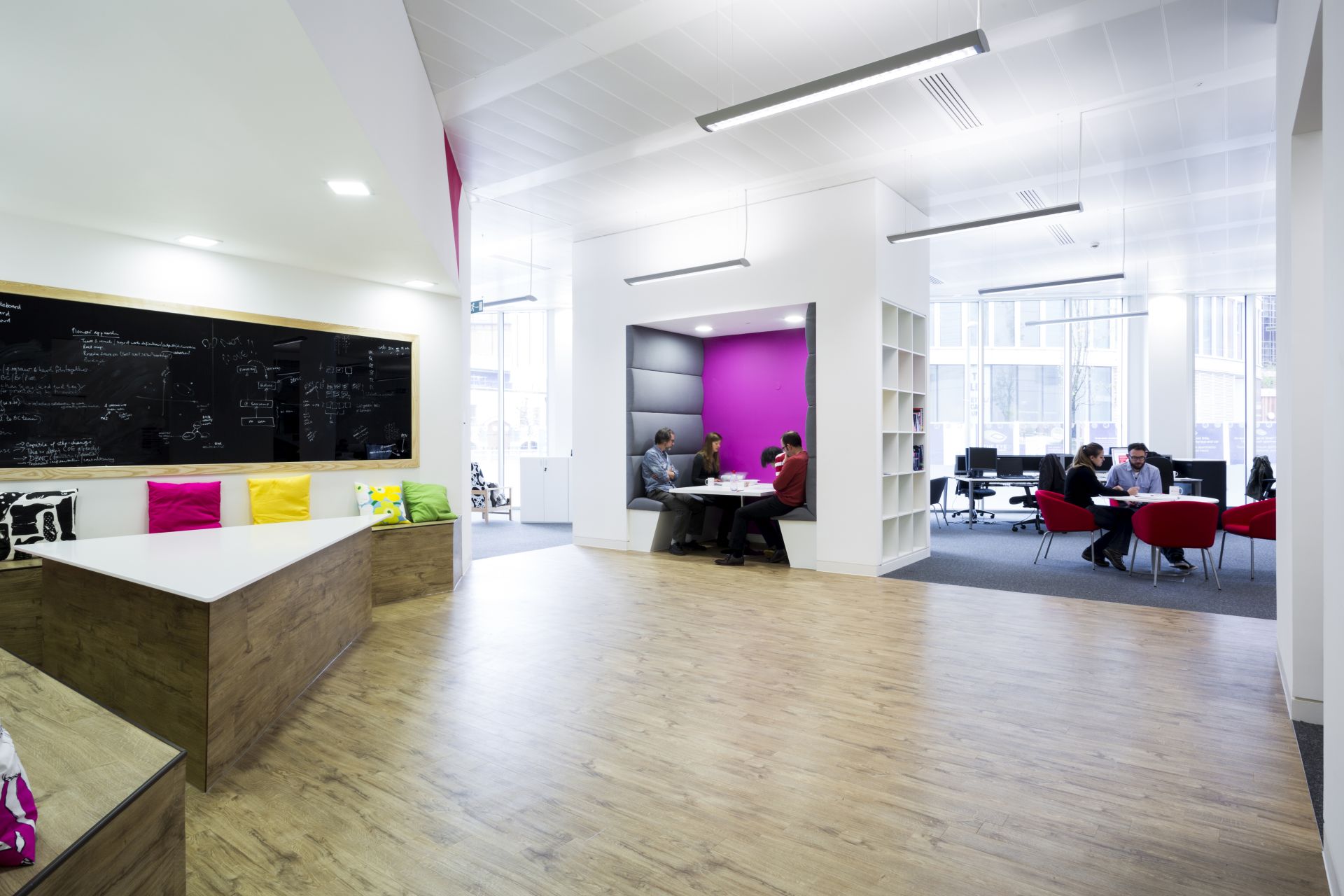 Productivity and collaboration among a workforce are invaluable qualities, from which every business stands to benefit from encouraging. Since it’s no secret that environment has a profound and measurable impact on individual efficiency and group interaction, more and more businesses are seeking professional space analysis advice on the design of their interiors. Consider our shortlist of the most important (and sometimes surprising) ways in which environment can influence productivity and collaboration, before you think about planning your new office design.

When planning the design of your office, consider balancing a culture of openness and a respect for privacy to stimulate both productivity and collaboration. Instead of blocking workers off from each other with unsightly booths, think about varying spaces, with large open areas to foster teamwork and creativity, as well as breakout spaces both for individuals and smaller conversations. This can help with the issue of noise distraction: whereas some people work more effectively with a degree of background noise, others require near silence, so a great solution is to provide quiet areas as well as more communal spaces. A meta-analysis study from the University of Central Florida, which collated the results from over 242 surveys, found that verbal background noise is one of the biggest enemies to clear cognitive functioning, so an office ‘quiet zone’ offers an invaluable solution to a common problem.

Approximately 80% of workers believe that the colour of their office has a significant impact on their wellbeing and productivity, according to research carried out by colour psychologist Dr David Lewis. Blue is often cited as the best colour for productivity; however, this doesn’t mean that every office designer should be reaching for the blue paint, as being productive is interpreted in different ways. While blue is considered to be good for concentration and cognitive functioning, other colours such as yellow are known to boost creativity, and red is a confirmed energiser. We suggest gaining inspiration from our project for Universities UK. Renowned colour-psychologist Angela Wright comments:

“If you’re a designer, and you want creativity, blue isn’t going to be the colour for you. Yellow is a better colour.”

Ensuring an abundance of natural light is one of the simplest and most effective ways of improving the wellbeing of employees, which is a sure-fire way to boost productivity. Numerous studies, including research conducted by the Interdepartmental Neuroscience program at Northwestern University in Chicago, have concluded that natural light has a universally positive impact on health and productivity, and that there is a relationship between exposure to natural light and ability to sleep amongst workers. The team found that employees who worked in offices with windows were exposed to 173% more natural light during the day, and enjoyed an average of 46 minutes more sleep per night than those in windowless spaces. Where it’s not possible to alter the exterior windows of a building, adding glass partitions can help distribute valuable natural light across a larger space, as the offices of Monex Europe beautifully illustrate.

Research has shown that a completely distraction-free work space isn’t necessarily the best way to boost the productivity of employees. While it’s always a good idea to reduce clutter and provide plenty of storage space so that desks and meeting areas are open, researchers at the University of Exeter have found that works of art are preferable to blank, sanitised spaces. They can boost creativity and conversation, and promote more positive feelings amongst the workforce, which boosts collaboration between workers. Research leader Craig Knight explains:

“If you enrich a space people feel much happier and work better; a very good way of doing this is by using art.”

If you would like more information on any of these design tips, please contact Interactive Space for a professional space consultation. Our knowledgeable team can advise you on how best to boost productivity and collaboration in the workplace.

One thought on “Office Design to Boost Productivity and Collaboration”