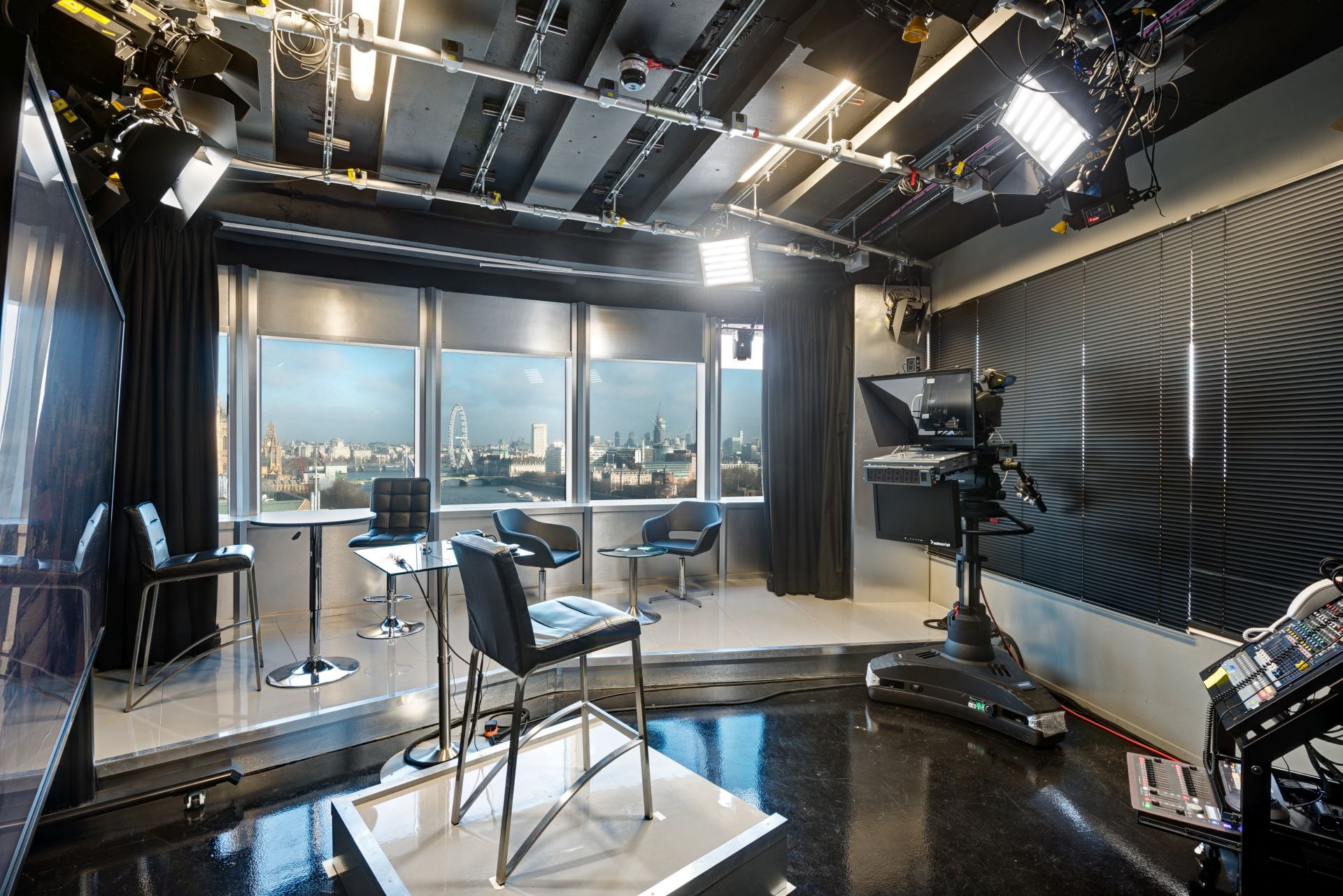 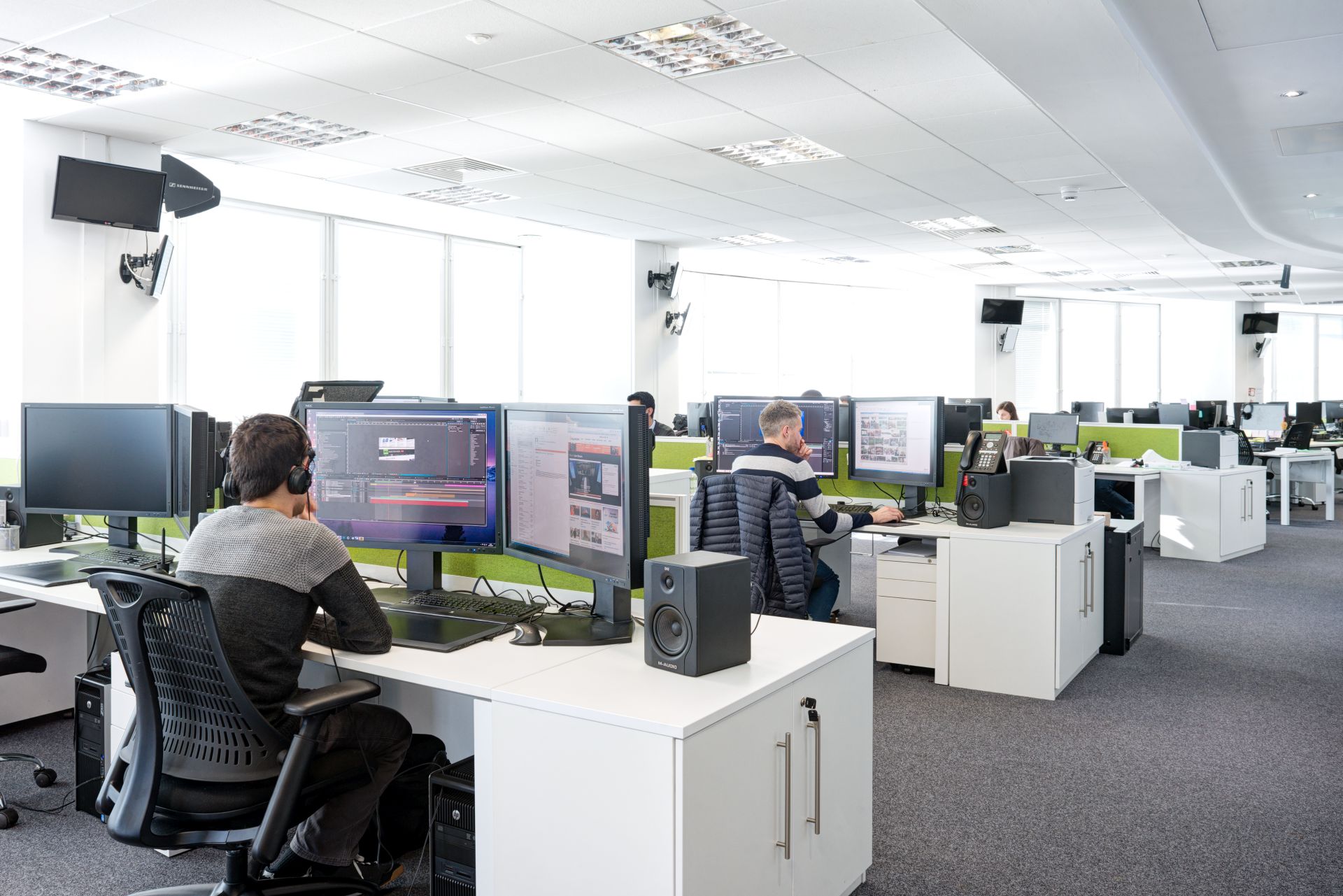 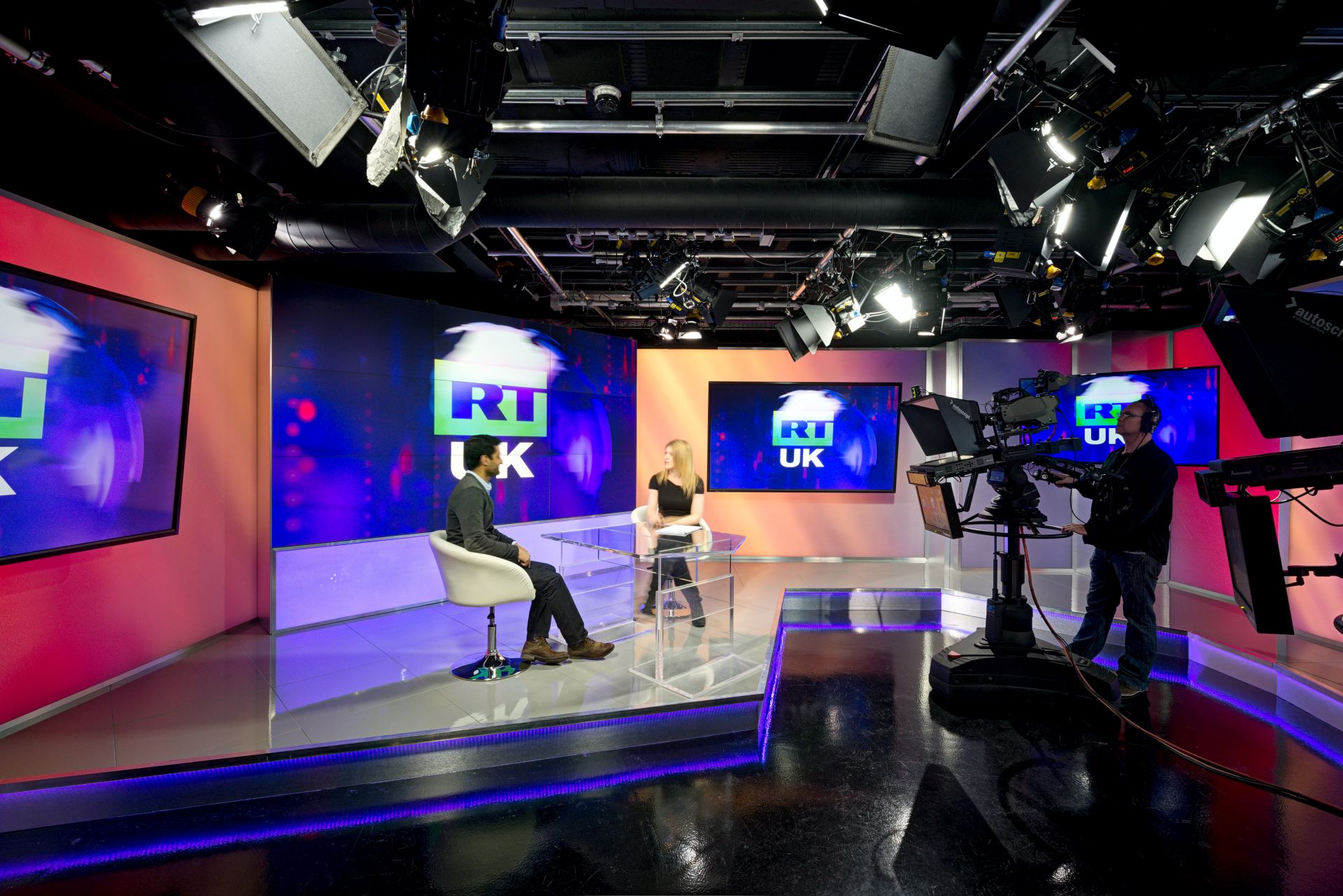 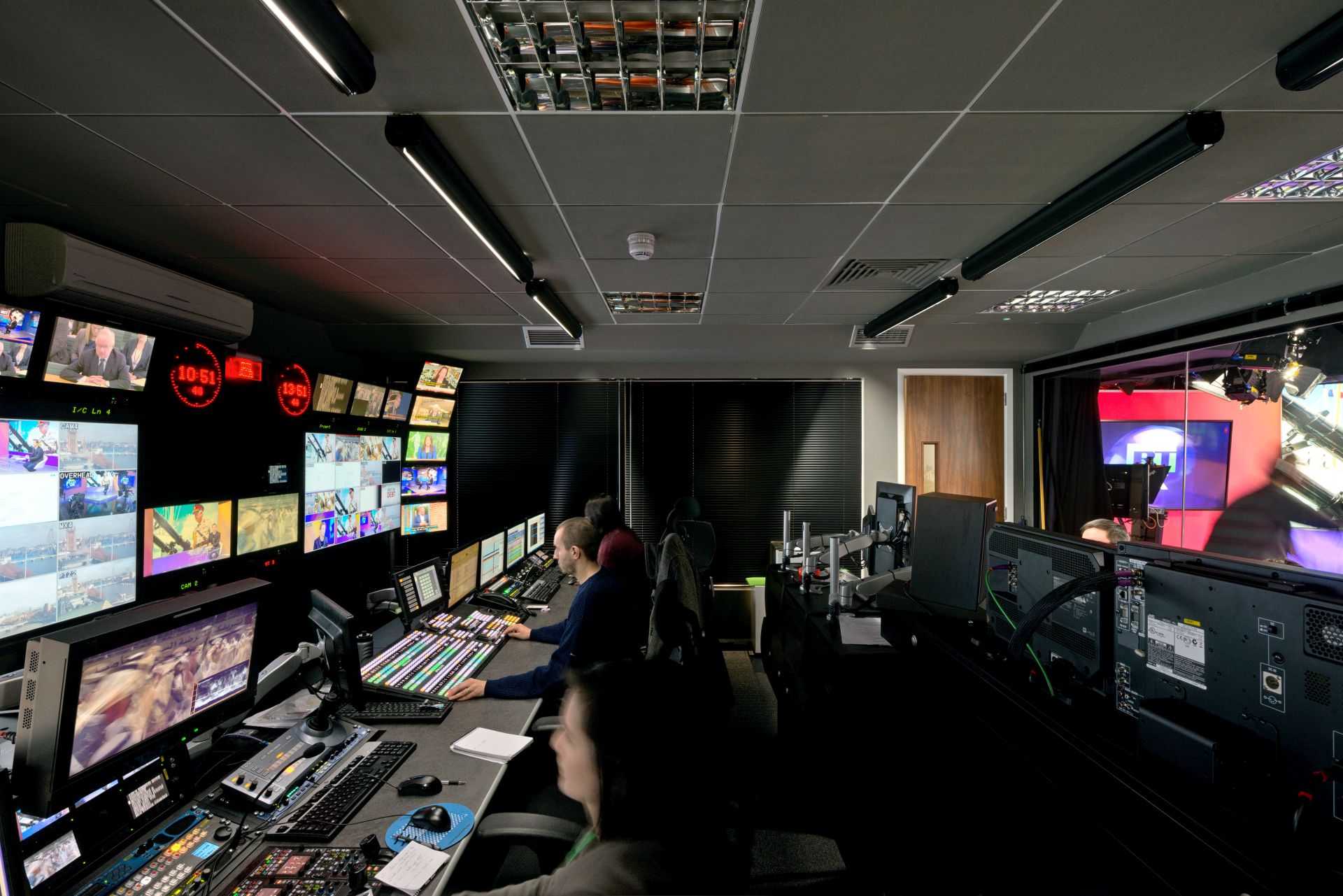 RT, the global news network, launched its first channel in December 2005 and now has three news channels broadcasting in English, Spanish and Arabic. RT reaches over 700m people in more than 100 countries.

The Client brief was to make most of the space open-plan and to locate a multi-camera studio with a high-tech production gallery, a single camera studio and edit suites.